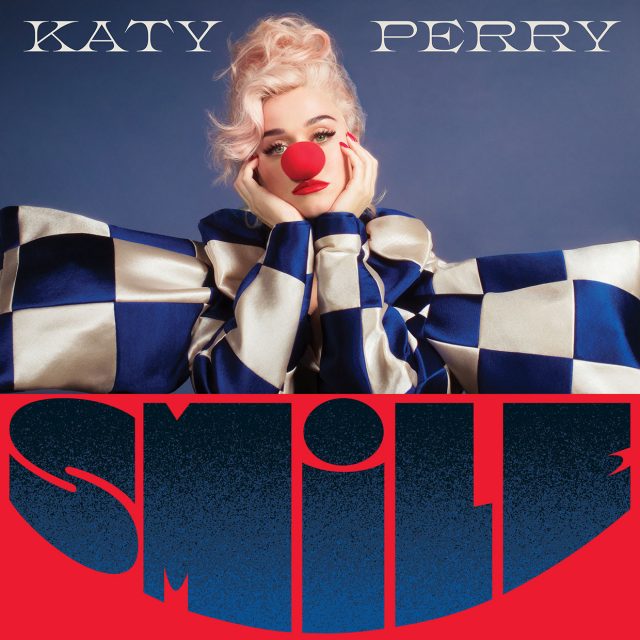 On Friday 10th July, Katy Perry finally revealed the title of her 5th studio album, “Smile” and also released the title track as a single for the album. Even though I don’t normally post on Sundays, I had to do a special review of this song!

Musically, “Smile” sounds very 1970s disco, with a pulsing keyboard riff and groovy guitar line. The main melody is also very catchy and rhythmic, and coupled with the heavy bass line creates a sure fire dancefloor hit. I’ll be honest, I’m not the biggest fan of the production of this song, but I do think that it fits well with the themes of the lyrics. Perry is happy again, so she wants to dance.

Even though I don’t love the musical production of this song, I really love the lyrical content. Similarly to the first single off the album, “Daisies” (review here), Perry sings about how she overcome her mental health issues and “got back that smile”. I really like that she is producing songs with these themes, as I think they would really help a lot of young people who are currently suffering from depression, anxiety or other mental health conditions.

Overall, I do like this song but I think it’s probably one of the weakest singles she’s released so far, tied with 2019’s “Harleys In Hawaii”. I do like “Smile” a bit more though just purely because of its inspiring, positive and motivational lyrics, which I think we need in 2020. I am very excited to see what other songs come from “Smile”, hopefully with the same themes as “Daisies” and “Smile” but with the musical production more like “Never Really Over” and “Daisies”. I’ll be sure to do a full review of the album when it comes out!

Anyway, enjoy listening to “Smile”, it might just serve as a pick-me-up from those pre-Monday blues 🙂