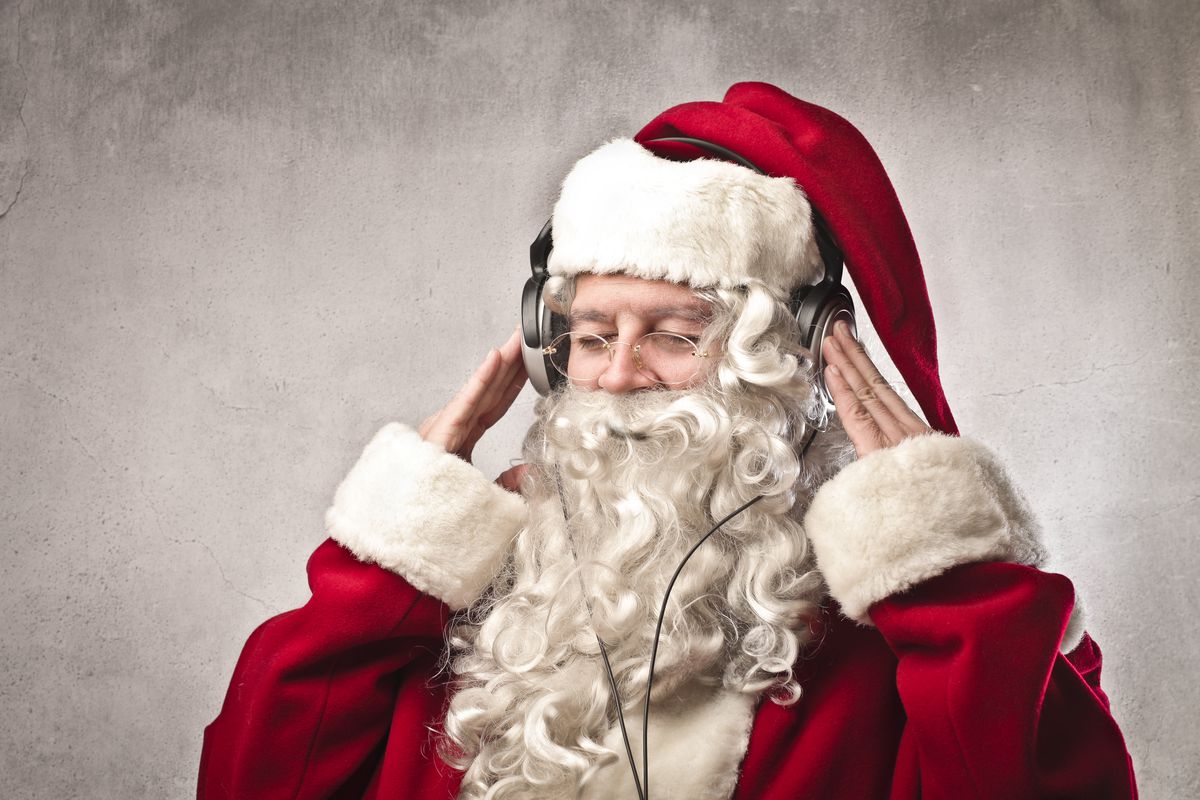 As we all get stuck into the festive season, Christmas music starts to fill our ears literally everywhere we go. The supermarket, at work, on the radio, on the TV, everywhere! But which songs are good and worth further listening to, and which are, well, trash? That’s what I want to talk about today.

I’m going to share with you 5 of my favourite Christmas songs ever. These are a mixture of traditional carols and new and old pop songs. I hope that finding out about these will help you figure out what to listen to on Christmas Day (today!).

Here are the five songs (and some honorable mentions):

To me, this is the supreme pop Christmas song. Originally released in 1984, “Do They Know It’s Christmas” was the brainchild of Bob Geldof, also known for organising Live Aid in 1985. Geldof wrote the song with Midge Ure in response to news reports coming from Ethiopia. He then brought together some of the biggest names in British and Irish music at the time, on November 25, 1984, to record this song to promote awareness of what was happening over in Africa. It was such a big hit that it was re-recorded several times with all different musicians, once in 1989, in 2004, and in 2014. However, don’t listen to those versions as they are honestly trash compared to the original! It’s crazy the amount of musicians Bob Geldof managed to get together for this, I mean, look at some of the names involved: Bono of U2, Phil Collins, Boy George, George Michael, Sting and many more! This song has it all: it’s catchy, has a great message and just brings me joy in the Christmas season. A classic that deserves to be on every person’s Christmas playlist!

2. Carol of the Bells – Traditional

Now, some of you probably think that this is a bit random, but “Carol of the Bells” is by far my favourite traditional Christmas carol. It comes from my days in a choir, when we used to have to sing Christmas carols during the season. “Bells” was always my favourite to sing. The song is just catchy, with incredible harmonies and great vocal parts. I love the idea of having the alto part of the choir sing “dong, dong” underneath the melody line. The best part of this song though, by far, is the ending, which many versions unfortunately do not include. It begins with the female singers singing “ding, dong, ding…. Dong”, and then the low part comes in: “DONG”. It’s everything! I know it probably doesn’t come across well here, it’s so hard to describe but just trust me it’s epic! Definitely worth checking this song out, even if you’re usually not a fan of traditional carols.

Yes, I HAD to include The Boss! While Bruce has actually done a couple different Christmas songs, “Santa Claus is Coming to Town” is definitely the most famous. Originally written by J Fred Coots and Haven Gillespie, and first recorded in 1934, Springsteen’s version was recorded live on December 12, 1975 at a concert at C. W. Post College in Brookville, New York. Weirdly, it was first released as a part of a Sesame Street compilation album called In Harmony 2. Extremely strange, right? Now, I know there are heaps of versions of this song, but Bruce’s is just the best! The pretty piano part at the beginning, the saxophone solo, Clarence Clemons’ cameo in “you better be good for goodness sake”, it’s just perfect! It has the perfect amount of rock, with a heavy and fast paced beat but still being very positive and upbeat at the same time. A song I play all the time during the holidays.

This is a funny one, because technically, “Let It Snow!” is not even a Christmas song. There is no mention of Christmas at all throughout the entire song, however, due to its description of winter time, it is played frequently throughout the holidays. I find this extremely ironic, considering that most people (myself included) know this song from the movie Die Hard, which is said to be Christmas movie even though it never was supposed to be one. I just couldn’t exclude this song from my list. It is joyful, catchy and cute, the perfect song to get you into the mood for Christmas. Now, again, like “Santa Claus”, there are a lot of different versions of this song. I decided to include the version that is in Die Hard, sung by Vaughn Monroe.

5. All of Bing Crosby’s Christmas Music

I could not do this list without mentioning Bing Crosby. All throughout my childhood, at Christmas time, my mum would always put on Bing Crosby’s Christmas CD and I would sing and dance along to it. Now, some of you may say that Michael Bublé is better, or just exactly the same thing, but I would have to strongly disagree! Bing’s Christmas songs all have really fun and catchy arrangements, which Bublé’s versions don’t really have. Take Bing’s “Jingle Bells”. He adds in this super catchy back-up vocal part, sung by the Andrews Sisters (who were huge at the time), and the whole song is faster and more upbeat. Does Bublé do that? Don’t get me wrong, I like Michael Bublé, but when it comes to Christmas, I have to choose Bing Crosby. All of his songs are absolute classics, and you should 100% add his versions to your Christmas playlist. Some of my favourites are: Jingle Bells, White Christmas, Silver Bells and Twelve Days of Christmas.

Well, there were my favourite Christmas songs of all time! I hope you enjoy listening to them, maybe you’ll find some new favourites! Please let me know your favourites below as well, I’d love to hear what yours are!

To supplement this post, here is my full Christmas song playlist:

Have a very Merry Christmas and a Happy New Year! I’ll be back in 2021 with more posts about music, I can’t wait!