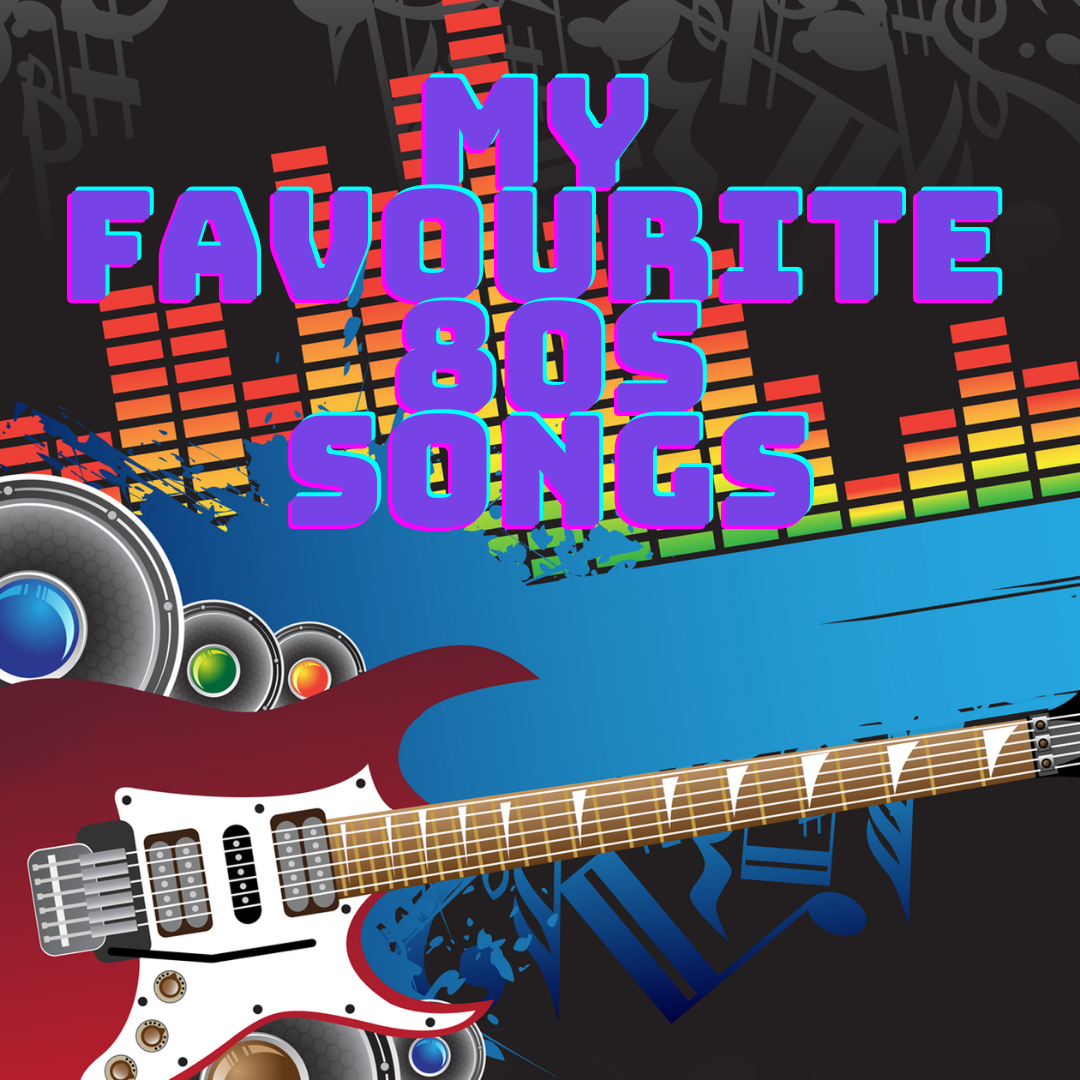 Happy New Year and welcome to my first post of 2021!

I’ve been thinking a lot about the 1980s lately, and just how damn good the music was. There is something about certain 80s songs that just make me feel warm and fuzzy inside. I can’t explain why; they are just so quintessentially 80s that they make me want to go back in time and live there. For me, they are a symbol of life as it used to be, when everything was more carefree and fun, before the Internet took over our lives. Overall, these songs are the kind of music that make me feel like I’m cruising down the beach, windows rolled down, with my friends in the car, ready to have the best day ever.

For a while I’ve been fascinated with this type of music, so much so that a few years ago I started a playlist on Spotify called “McFly’s 80s Mix” to store all these great songs as I discover them. (It’s called “McFly’s 80s Mix” because Marty McFly is the quintessential 80s cool guy in my opinion). I decided that for today’s blog post I would share some of my favourites, hopefully to introduce you to some amazing 80s jams!

Now, I always have set conditions for what songs I include in my playlist: they have to feel cheesy, be in a classic rock style, have an extremely catchy and cheesy chorus, and make me feel warm and fuzzy inside. There is something about the choruses of all these songs that in my opinion classifies them as “cheesy 80s bops”. After looking into it, I noticed that all these songs have choruses with fast-moving chord progressions, with as many as five chord changes throughout a single phrase. So, if you’re looking to write an 80s style song, that’s how you do it I guess!

Anyway, here are some of my favourite 80s songs (in no particular order).

This is one of the songs that sparked my fascination with 80s rock songs. “Love Somebody” was released by Rick Springfield in 1984, as part of a soundtrack for a film called Hard to Hold. Lyrically, it’s about a girl who seemingly can’t decide what she wants in love (that’s another thing that all these 80s songs have in common: they’re about girls, in some kind of fashion!). Springfield tries to convince her to settle down with him, or someone, because she’s “gonna push it just a little too far one night”. The lyrics are good, but this song, along with a lot of the others, really shines in the musical department. The song begins with large drum fills and an extremely catchy guitar riff, before the beat drops into a typical classic rock rhythm. This guitar base builds up to the chorus, with a bunch of chord changes, and a high melody that almost feels like Springfield is yelling at this girl. This song just makes me feel happy. It’s catchy, fun to listen to, and gives that typical 80s feel that I look for in a song like this. Really great song, definitely worth a listen especially if you like “Jessie’s Girl” (which, who doesn’t?).

2. Girls with Guns by Tommy Shaw

I already mentioned this song in my “Top 5 Favourite Songs of All Time” post (read here!), but I had to mention it again here. This song is so 1980s it’s not funny. It begins with this loud, almost obnoxious synth part, before the rest of the band comes in. You know from the first note, this is a fantastic, overly loud, classic 1980s song. The thing I love the most about this song is the fast-paced tempo. It’s the perfect song to dance to and spin around to, I could definitely imagine this song being played in the club back in the 80s! I won’t say much more about this song (as I’ve already gone through it in detail), other than; you’ve got to listen to it!

3. There Will Never Be Another Tonight by Bryan Adams

Okay, so I’ve cheated a bit with this one, as it actually was released in 1991, but it was written in 1989 so it still counts! And anyway, this song may has well have been released in the 80s because it definitely has that feel. “Tonight” is a classic party song about letting loose and dancing the night away. I actually really like some of the lyrics in this song, such as “You gotta ride your broom right into my room” and “Make a little magic, raise some hell”. They are clever but also match the feel that this song was going for. Musically, this song is big rock song with heavy guitar and drums. It also has one of the most catchy choruses I’ve ever heard, so much so that when I first listened to this song I had the chorus in my head for a week! An underrated song by the great Bryan Adams.

4. Talk to Ya Later by The Tubes

“Talk to Ya Later” is a little bit out there, but I think that’s to be expected when talking about anything from the 80s. The song is from The Tubes’ sixth studio album, The Completion Backward Principle, their first album with Capitol Records in 1981. After being dropped from A&M Records for being too out there and not selling enough albums, they were desperate for a hit so luckily “Talk to Ya Later” came to the rescue! According to the band, the song is about a chatty girl who won’t shut up, so the lead singer tells her “Talk to ya later, don’t wanna hear it again tonight”. This song is damn catchy, in particular the guitar riff that begins the song. Although the instrumentals get a bit weird and wacky towards the end of the song, it fits perfectly with the rest of the track and doesn’t ruin the overall driving rock force of the song. This song is also iconic for its opening. This was the opening track for The Completion Backward Principle, and so it begins with an iconic speaking part:

“As I mentioned near the close of the last record, this record you are now playing is another example of the completion backward principle. If you can possibly manage the time, please play both sides at one meeting.”

A unique bop that still has that great 80s feel.

Finally, “Time Runs Wild” is another fantastic song with that 80s feel. If you are not familiar with Danny Wilde, he is one of the founding members of The Rembrandts, who wrote and performed the Friends theme song. Before that though, Wilde had a mildly successful solo career, of which his biggest hit was “Time Runs Wild”. The song is about reminiscing on a love gone wrong after time has gone by. I just love the musical aspects of the song. Again, it’s very catchy and rocky, and the emotion of Wilde’s voice makes the song even better to listen to. A solid rock song that doesn’t get enough notice or credit.

Well, that was five of my favourite 80s songs. They all have that distinct 80s rock feel, catchy melodies and great instrumentals. And most importantly of all, they all make me feel warm and fuzzy inside. I hope you enjoy listening to these and maybe you might even find your new favourite 80s song in this list!

Let me know your favourite 80s song in the comments below.