My 5 Favourite Songs of All Time 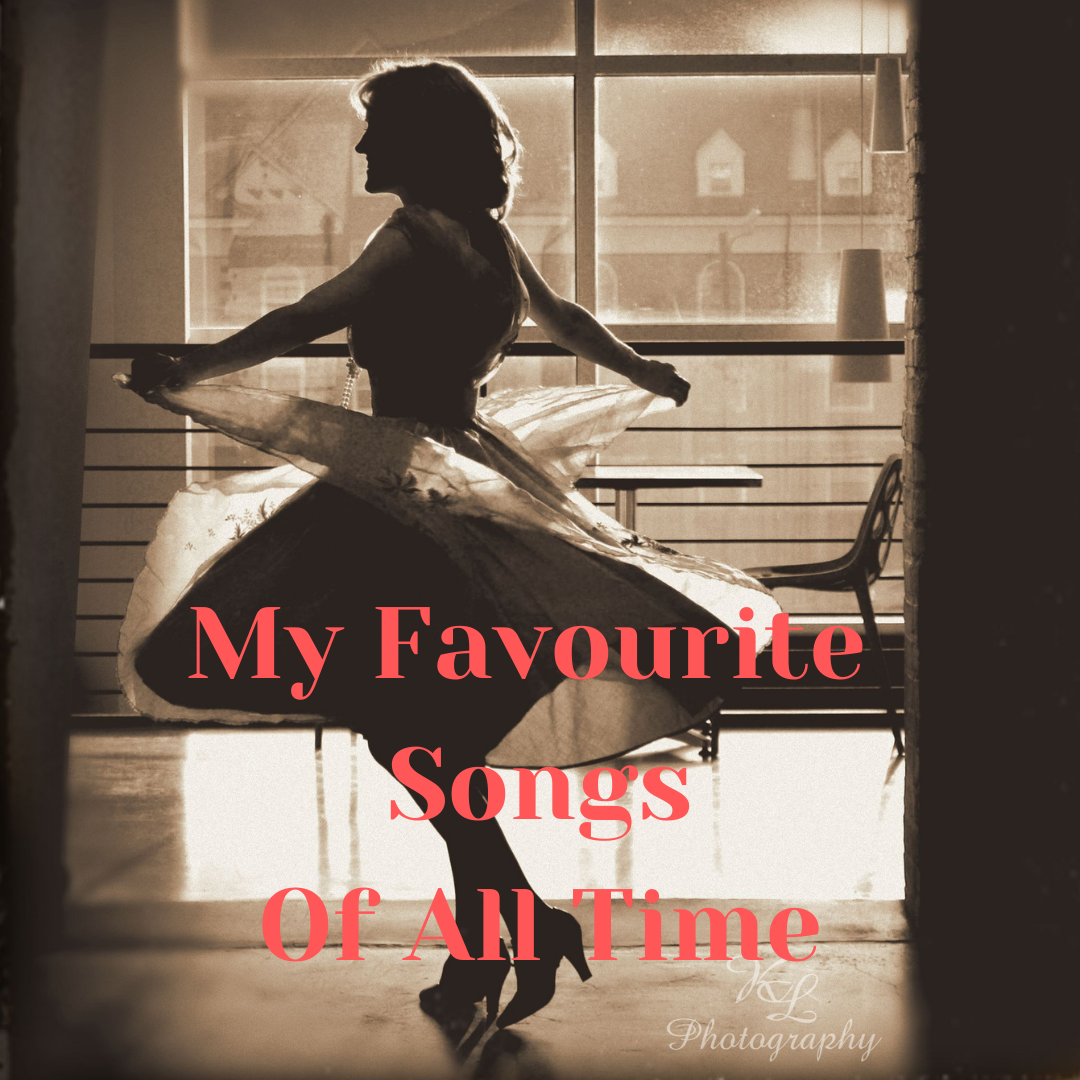 I’ve been thinking a lot about what my favourite songs are. Like the songs that just bring you joy, that just feel like they are part of your DNA. Or the songs that make you feel something, that relate so much to your life that you feel as if the artist wrote it just for you. I feel like I have so many of these songs, but there are some that are really special, that I really want to share with all of you. So, today I’m going tell you about my top 5 favourite songs of all time! Now, this changes literally every day, so this order and these picks are my opinions today, okay? This could change tomorrow, I don’t know!

I love so many different songs from so many different artists and genres that could easily go onto on this list. Because of this, I just had to decide on a way to narrow this down a bit. I realised that the songs that I seem to love the most are songs that bring me the most joy, that make me happy, that brighten up my mood instantly after only listening to the first 30 seconds. Don’t get me wrong, I love a good depressing song as well, but I just don’t tend to love them as much. So, I based my picks for this list on the songs that bring me the most joy and happiness. That’s why you might not see some of the names or songs you’d expect me to write about!

Without further ado, here’s my 5 favourite songs of all time.

One of Bruce’s new songs, “Ghosts” is the perfect Springsteen song. It’s got fantastic musical elements, being nice and rocky, and great lyrics about growing old and playing in a band for all your life. It also has, I think, one of catchiness melody lines Bruce has ever written, at the end of the song where the entire band sings “Ya ya ya ya, ya ya, ya ya ya”. It’s so fun to listen to and I just enjoy grooving, singing along and dancing to it. Definitely one of his best songs ever and one of my favourites from The Boss.

This song is on this list as it actually changed my perspective on life. About this time last year, I was really struggling, questioning everything, sad about where I was in my life, about my relationships or lack thereof, and was just generally not in a good place mentally. However, last year in June and July, I travelled to Europe and saw the Wicked stage show live. I adored it, and it’s now one of my favourite musicals ever! The soundtrack, the special effects, everything is so good. A few months later, one late night in my bedroom just after having a cry, something led me to put on “Defying Gravity”. And my whole outlook changed. I had never really listened to the lyrics properly before that night, and I couldn’t believe how much they related to me. It told me that I am okay, I can do this, I can change my life, and most importantly, you are strong, worthy and amazing on your own. Being in a relationship or not being in a relationship doesn’t change your worth. I am so grateful to this song for that, really. Aside from the inspirational lyrics, the music is incredible and just makes you want to sing as loud as you can. Every time I hear this song I am instantly uplifted and inspired to continue on with my life. A powerful song that came into my life right when I needed it, and a song I will love forever.

The most quintessential Stevie Nicks song ever. “Gypsy” is one of those songs that I feel like is part of my DNA. Some of my earliest memories involve listening to a Fleetwood Mac Greatest Hits CD with my mum after school, dancing around the lounge room to the voices of Stevie, Lindsay and Christine. “Gypsy” was always one of my favourites. Something about this song is so… Stevie. There’s a hypnotic and mystical feel to this song, and I’ve never put my finger on makes it this way. Is it the chord progression? Lindsay’s guitar parts? I don’t know, but I just know that I love this song. I love when Stevie spins around during the guitar solo at the end in her performances of this song. I love the lyrics, and the music. It just brings me back to when I was a kid, when everything was simple. A song that never fails to bring me joy and make me feel happy.

One of my favourite performances of this song ever is the original demo version from 1979. If you thought the studio version had a mystical vibe, well, this version is even more mystical. I think this comment sums it up: “Recordings like this evidence how music can be something higher, a force of the universe”. Listen to it here:

2. “Girls with Guns” by Tommy Shaw

Okay, so this song is a bit of a wildcard, but I couldn’t not include it because it is so damn good! First, some backstory. Tommy Shaw was the guitarist and one of the songwriters in the band Styx. After the band released the album Kilroy Was Here in 1983, an extremely experimental album with heaps of electronics and synths, Shaw decided to leave Styx due to the change in musical direction and release his own solo album. That album was Girls with Guns, released in 1984. Now, the title track is an absolute bop! This song is the most 1980s thing it’s not funny, and I ADORE IT. The song begins with this loud synth line that goes throughout the whole song, with loud drums and a very fast beat. The melodies are extremely catchy, I’m telling you if you don’t have the chorus (“Stand tall, don’t think small/Don’t get your back against the wall/Shoot straight, I can’t wait/Aim for the heart and fire away”) stuck in your head after one listen there’s something wrong with you! Although the production is quite loud and almost muffled, it really works for the song. Remember, this was the 80s so this kind of production was the norm! “Girls with Guns” just makes me want to dance! It is such a great song, and brings me so much joy every time I listen to it, I had to put this at number 2.

I also had to share another great version of this song, in which Shaw performs with a full youth orchestra and choir! A very different vibe to the original, but still great!

“Be Good to Yourself” and “Ask the Lonely” – Journey

“The Power of Love” – Huey Lewis and The News

The greatest song of all time. Well, maybe not, but to me, this song is utter perfection. The music is incredible, rocky and upbeat, probably the most rocky thing Taylor Swift has ever done! The melody is so catchy, with moments like the “ooh aay” in the outro and after the second chorus, and the bridge, where the lyrics are so clever and iconic you’d think a million songs had used similar words. But they haven’t. This is the song that got me back into T Swift’s music. It shocked me how incredible this song was, and lead me to listen to all of her discography that I’d missed. Listening to these inspired me to write my own music, and, have dreams of making my own album one day. This song did that. There is no other song in the universe that makes me as happy as “Holy Ground” does. It’s a song that makes me want to spin around like a ballerina effortlessly, belting out “Tonight I’m gonna dance”! I head-bang, sing along, and dream. I can’t even explain why I love this so much, it just brings me so much joy! I am just happy that I found this song, so I can listen to it and make it my theme song to life. So thanks, T Swift.

Well, that was my top 5 favourite songs of all time! Damn, this was hard to narrow down! I hope you liked reading about these songs, and that you are encouraged to go and listen to some of them. Maybe you might find your new favourite song in this post.

Let me know what your favourite songs of all time are in the comments below and why. I’d love to know and hear your stories!

Well, I’m now off to jam to “Holy Ground” for the zillion time.

Have a great weekend gypsies,