Who wrote that!?: Hannah Montana: The Movie 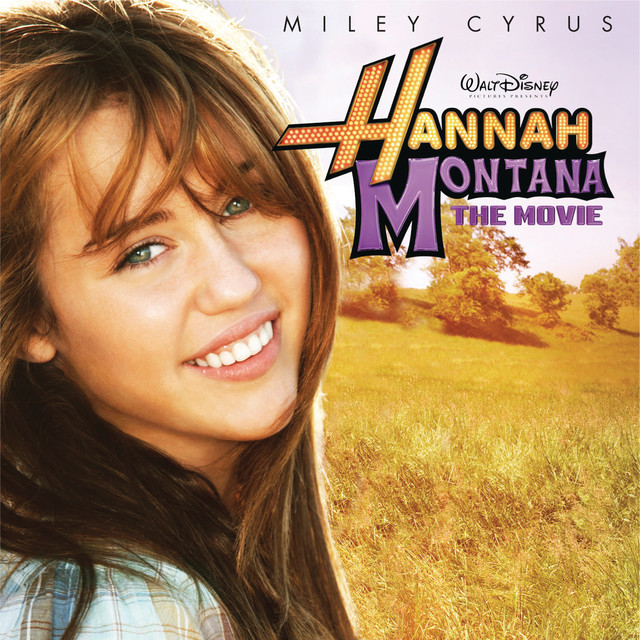 Isn’t weird that I keep discovering new things about my childhood music jams? First it was that Taylor Swift’s Red album was genius, and now I’ve got a new perspective on a classic film/TV show from my childhood. Hannah Montana.

For anyone that grew up in the early to mid-2000s, Hannah Montana was your jam. The Disney Channel original show told the story of Miley Stewart (played by one of my childhood heroes Miley Cyrus), as she navigated high school and teenage life, while also secretly being a huge pop star called Hannah Montana. Simply put on a blonde wig, and Miley becomes Hannah! I remember watching this show every Saturday morning when it played on Australian TV, and I loved it. I loved it so much that I bought Miley Cyrus’ first two albums on CD, Breakout and The Time Of Our Lives (which I discovered was an EP not an album. Whatever.). I also had the Hannah Montana and Miley Cyrus: Best of Both Worlds Concert DVD and CD, which had some iconic live performances (her performances of “Rock Star”, “Start All Over” and “GNO” are epic!).

In 2009, Disney released Hannah Montana: The Movie, which made all the millions of fans very happy. I remember going to see this movie in the theatres with my childhood best friend Kristie. We grooved to the new songs, were shook in the scene when Hannah/Miley takes her wig off and reveals her identity, and overall loved the movie. Funnily enough, the first Blu-ray my family ever owned was Hannah Montana: The Movie. See, I’m a true fan 🙂

I begged my mum to buy me the soundtrack CD, and I listened to it on repeat. “The Climb” and “Butterfly Fly Away” were my favourite songs at the time, and I would dance and sing around my room to all the incredible tunes on that soundtrack. But it wasn’t until the other day, when I re-listened to the album (quarantine boredom!) that I discovered who actually wrote some of these jams. It sure as hell wasn’t Miley! (Well, actually, she did co-write the song “Don’t Walk Away” on the soundtrack).

The first song on the soundtrack, “You’ll Always Find Your Way Back Home” is song about going back to your roots and remembering who you truly are. Musically, it combines country and pop to create a catchy, upbeat song. In the film, the song is closing number, performed by Hannah Montana at an outdoor fundraiser to save a park in her hometown. This has always been one of my favourite songs from the film, and one I always go back to listen to unironically and without seeing the film. Crazily, I also remember singing this in my choir when I was around 11. I even was selected to audition for the solo! I’m sure then you can imagine my surprise when I found out that this song was written by none other than our queen Taylor Swift! Yes, T Swift wrote this song with Boys Like Girls lead singer Martin Johnson. Swift also wrote and performed another song in the film, “Crazier”, but I never thought she would have written this. However, after finding out that she wrote it, you can really hear her influences, especially in the lyrics. All we need now is for T Swift to perform this song herself!

Now, I already mentioned that this song was one of my favourites as a kid. “Butterfly Fly Away” is a duet between father and daughter duo Miley and Billy Ray Cyrus, and is about a child’s transition to adulthood. In the context of the film, the two perform this song whilst sitting under a gazebo in the rain, to cheer Miley up as she is sad about her breakup with Travis (Lucas Till). It is typical country duet, with the lyrics taking inspiration from the themes of the film. Similarly to the previous song, I also performed this as a child in choir and auditioned for the solo. So who wrote it? Well the song was written by Alan Silvestri and Glen Ballard. If you are unfamiliar, Glen Ballard is a very famous songwriter, who has written songs for most famously Michael Jackson and Alanis Morissette. He even co-wrote “Man in the Mirror”! A true legend of music. And Silvestri is a well-known film composer, who most famously wrote the score for the entire Back to the Future trilogy! Interestingly, this Back to the Future connection goes even further, as Silvestri and Ballard have teamed up to write the original songs in Back to the Future: The Musical, which premiered in Manchester earlier this year. As a massive BTTF fan this is crazy to me, but also leaves me wondering: is there a “Butterfly Fly Away” type song in BTTF: The Musical?

It is truly insane to me that this iconic movie and soundtrack from my childhood would have so many connections to me and my interests now as an adult. This has made me now think about going back and looking at other films that may have connections. The Lizzie McGuire Movie? Bridge to Terabithia? Who knows.

At the very least, you should all go back and listen to the soundtrack for Hannah Montana: The Movie. There are genuinely some good songs on there that I still enjoy to this day. Let me know if you know of any other childhood film soundtracks I should look at!