Dear Evan Hansen: The Musical For Everyone 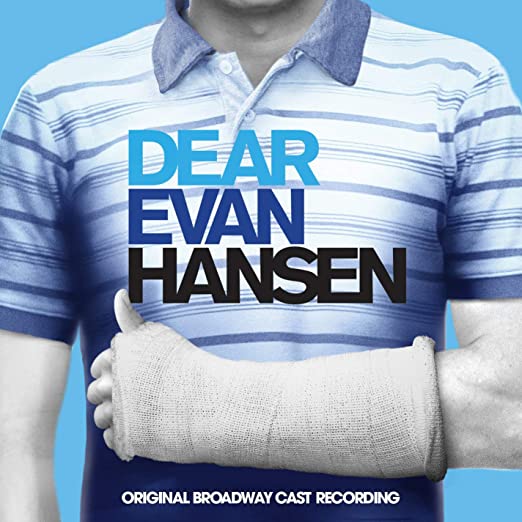 I’ve decided to start a new series called “Live Music Sundays”, where I will talk about all kinds of live music! Musical theatre, concert videos, live performances, even flashbacks to concerts that I have been too. In a time when most of us can’t go and see live performances right now, I want to give you some kind of live music content that you can enjoy, at home, to make your Sunday a little better 🙂

Today, I am beginning this series by talking about one of my favourite musical theatre shows, Dear Evan Hansen!

Dear Evan Hansen was first performed on Broadway in 2016, and tells the story of Evan Hansen, a high school student who deals with anxiety and is an outcast. He is in love with Zoe Murphy, however she doesn’t know who he is. After Zoe’s brother Connor Murphy unfortunately commits suicide, Evan leads a movement to memorialise Connor, a fellow outcast, and eventually becomes the most popular student in school. This however backfires when Evan’s secret is revealed, that he was never actually friends with Connor.

What makes this musical special, in my opinion, is the incredible music. All the songs in Dear Evan Hansen are written by Benj Pasek and Justin Paul, who also wrote the music for The Greatest Showman, one of my favourite movies of all time (I have to do a blog post on that at some point!). I actually discovered DEH as I loved the music of TGS and wanted more from Pasek and Paul! This musical has so many great inspirational songs, that manage to sound like both traditional musical theatre and popular music.

So, I’m going to now discuss my 5 favourite songs from Dear Evan Hansen! All of the songs are amazing, but these are the best ones in my opinion:

The best song from the show by a mile. “Waving Through a Window” describes the struggle of being an outcast in high school, of having no friends and not understanding why. This song is the second number in the show, the first being sung by Evan as he returns back to school after summer and is ignored by everyone. I relate to this song on a spiritual level. I was the outcast throughout my primary school years, dealing with having no friends and being bullied. I never understood why this was the case. As such, this song is so meaningful to me and I constantly will sing to this song when I’ve had a bad day or when I feel like the world is against me. This song is such a belt-fest, both in lyricism, melody and the powerful production. Overall, one of my favourite songs of all time.

2. You Will Be Found

The “This is Me” of Dear Evan Hansen. “You Will Be Found” is the Act 1 Finale, and damn it is a really good finale! The song begins with Evan, singing his speech at the memorial service for Connor. Then, gradually the entire company joins in and sings this inspirational song. Lyrically, Evan and the Company sing about believing in yourself and knowing that you are not alone, that there is always people around to support you. This song is probably the most inspirational song in the musical. Its message is so important, particularly for the target audience of this musical which is teenagers and young adults like myself. I adore this song, in both its musical and lyrical content.

“Disappear” is featured just before “You Will Be Found”. In this song, the ghost of Connor encourages Evan to start “The Connor Project”, so that he will not be forgotten like so many other high school outcasts. The song starts as a duet between Connor and Evan, and then becomes a full company number. This song really hit me when I first listened to it. I worked so hard at a club I was in during school, and then when I left, I was completely forgotten and was told all the work and time I put in didn’t matter. The only reason for this was because I decided not to attend a few events. I was devastated and felt like I had wasted so much time. I remember the first time I heard the line “If you never get around to doing some remarkable thing, that doesn’t mean that you’re not worth remembering” and how much that meant to me. Overall, a fantastic and powerful song that honestly doesn’t get enough credit.

A fan favourite, “Sincerely, Me” is the fourth number in the first act of Dear Evan Hansen. Sung by Evan, Connor and Evan’s ‘friend’ Jared, the song is basically Evan and Jared trying to figure out what to write in emails that will be supposedly written by Connor to Evan and vice-versa. What makes this song good is the tongue-in-cheek humour. Lines like “Our friendship goes beyond, Your average kind of bond; But not because we’re gay… The only man that I love is my dad” and “But I should tell you that I think of you each night; I rub my nipples and start moaning with delight” are hilarious and perfectly portray the humour of teenage boys. Another thing that’s great about this song is the interaction between Evan, Connor and Jared. The melody in the chorus is extremely catchy and fun, and the instrumentation is very upbeat, to match the tongue-in-cheek lyrics. A fun song that you will for sure have in your head all day after listening.

“For Forever” is the third song in the first act, and is sung by Evan. He goes to talk to Connor’s parents, and ends up singing this song where he makes up all the things that he and Connor supposedly did when they were ‘friends’. Musically, this song is another strong piano ballad, with powerful and catchy melodies and pretty instrumentation. I really like the storytelling aspect of this song. It just really fits the instrumentation well. A really pretty and catchy ballad.

So, those were my favourite songs from Dear Evan Hansen. The music in this show is really fantastic! Every single person will find a song in here that they relate to, that inspires them and that makes them feel better about themselves. And that is just so powerful and incredible. Well done, Pasek and Paul (and Steven Levenson who wrote the book of the show).

If you get a chance to see Dear Evan Hansen live, you should absolutely go. I unfortunately have not seen this show yet as it has not come to Australia yet but I hope one day I will be able to as I would love to hear some of these songs live and in the context of the show. I’d love to know your thoughts on DEH and whether you’ve seen it live before. Please me let me know below!

Also, I really hope you enjoyed my first ever “Live Music Sunday”! Let me know what other things I should talk about on Sundays in the comments below. Musical theatre shows, concerts, anything live music related!

Have a great rest of your weekend gypsies,