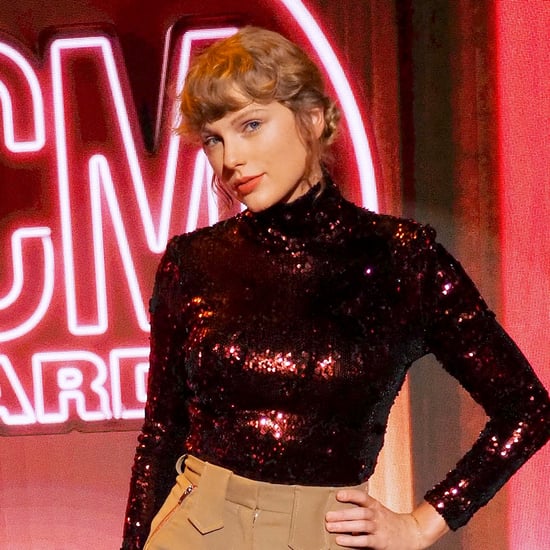 Over the past few weeks and months, I have reviewed every single one of Taylor Swift’s eight albums, identifying my favourite songs and thoughts on each of these. Now, to conclude this series of reviews, today I will be ranking them from my favourite to my least favourite. Remember, this is just based on my opinion. I also want to say that I think that none of T Swift’s albums are particularly ‘bad’, I enjoy them all in different ways. But something has to be on the bottom of the list, right?

Anyway, here is my final ranking, based on my personal opinion and thoughts on each album.

If you read my full review of this album (link below), this ranking will come as no surprise to you. I really did not connect with reputation. The dark and edgy production just doesn’t do it for me, and I feel some of the song writing is very weak here. As I mention in my review, the melodies are sloppy and in many songs are reduced to ‘speak-singing’. I like the lyrical content of the album, particularly in the second half (which mostly consists of love songs about her boyfriend Joe Alwyn). There are also a few songs that I really like on here and quite a few that I feel had potential. I appreciate what this album did for T Swift, her mental health and career. However, in my opinion it is still the weakest of her albums and my personal least favourite.

Is it unfair to put this album this low considering Swift was 16 when she made this record? Maybe, but the main reason for this placing is that she has made so many better albums since then. That’s not to say the debut album is bad; on the contrary, I felt it was very impressive given the age of Swift when she made the album. The song writing is solid and the production is very country. I did think that some of the songs sound the same, both in production and melodies, but again it was her first album and she was 16. I think this album was a great effort for a debut, but not as strong as most of the rest of her catalogue, which I why I have ranked it her 8th best album.

A great comeback album, Lover was Swift going back to her pop roots and personal song writing to create a very upbeat pop album. I really enjoyed listening to this album, the songs are very catchy and fun, and the lyricism is top-notch. I felt there were some issues with production, namely over-production is some of the songs, and some tracks do feel like filler. When I compare it to 1989, in my opinion her magnum opus fully-pop album, there are too many skippable and weak tracks here. However, I still think this is a solid and enjoyable album, just weaker in both production and song writing then many of her other albums.

T Swift’s newest album, evermore is the sister album of folklore. The album uses the same folk/alternative style, with elements of rock and country also scattered throughout. Like its sister album, evermore has solid song writing, production (for the most part) and themes, being slightly darker in themes than folklore. However, it does fall flat in some songs like “closure” and “coney island”. While folklore is a perfect album in my opinion, evermore is just not as solid. I still like this album a lot, and there are many songs I enjoy like “no body, no crime” and “ivy”, but it doesn’t have the magic that folklore has. That is why I’m putting it at number six today.

Okay, so these next three spots change on an everyday basis I feel like. One day 1989 could be third, next day Fearless. But today as I’m writing this I’m putting Fearless at number 5. I had to be really careful ranking this one as I have a strong bias towards it due to its place in my childhood. The production is a big improvement from Taylor Swift, showing growth in both Swift and producer Nathan Chapman, moving from fully country to a more country-pop sound that Swift would become known for. This album spawned iconic songs like “Love Story” and “You Belong With Me” and catapulted Swift to stardom and made her a household name. I used to think that this was her best album but having listened to her entire discography I realised that she has made albums that are just as good if not better. I still adore this album with all my heart and think that it is severely underrated in the fandom.

Swift’s newest album is a masterpiece. Turning to an alternative sound, a first for Swift, folklore allowed her to show off her incredible song writing skills again, without the heavy pop production. It allowed Swift to go fully back to her country-pop roots with songs like “Betty” and “Illicit Affairs”. I originally thought that Lover was her comeback but I now believe this was and is her true comeback. I definitely could have ranked this album higher but the top 3 are basically perfect albums! I still think this album is one of her best, and the start of hopefully a new, brilliant style of music for Swift.

Swift’s best pop album by far, 1989 has near perfect production and excellent song writing. There is not one skippable track on this album, they are all fantastic bops. The 1980s synth pop style production works so well and Swift’s ability to write a great pop song shines here. The only reason why I placed this album at number 3 and not higher is because I prefer the country/pop/rock style Swift than the pop one. But this album is still a masterpiece and I love it!

An album that I can’t believe I missed as a kid. I think what really makes Speak Now shine is the fact that Swift wrote all the songs on the album by herself, an extremely boss move and one that proves how incredible she is as a songwriter. She don’t need no Max Martin or Jack Antonoff to write fantastic music! I also really liked the production of this album. Building on the more country-pop sound of Fearless, Speak Now moves into a pop-rock sound, with some elements of country. This musical style is my favourite from Swift. I just feel like she shines in this genre, her voice is perfect for it and her song writing fits so well in the style. Honestly, another album that is so underrated it hurts, Speak Now is brilliant. Her best ‘country’ album in my opinion.

So, how does T Swift top an impeccable third album? By making an even better fourth album! Red is genuinely one of my favourite albums of all time. It’s just perfect in every aspect. The song writing is the best, the production is the best, Swift’s voice sounds the best. It also allowed her to experiment with pop, while also including rock, rock-pop and country bops. I adore the rocky production of this album. As I said before, it is my favourite genre of music from Swift and is the main reason why I love this album so much. The music also feels so nostalgic even though I never listened to this album when it came out. I just love everything about this album, it is by far Swift’s best album and it’s a shame that this album never got more recognition when it came out, overshadowed by Swift’s very public relationships at the time. So do me a favour, and go and listen to Red, to see how great it is and that it should have had much better treatment when it came out. You won’t regret it.

So, that was my final ranking of Taylor Swift’s eight albums! I know some of my placing might be controversial but remember this is just my opinion. I’d love to see your ranking of her albums, so we can compare and discuss our favourites from the Queen. Let me know below 🙂

Now that I’ve finished reviewing and talking about all of T Swift’s albums, I’ll be looking at another artist’s discography. Guess below! I’ll give you a hint, this person is releasing a new album very soon.

Until next time gypsies,