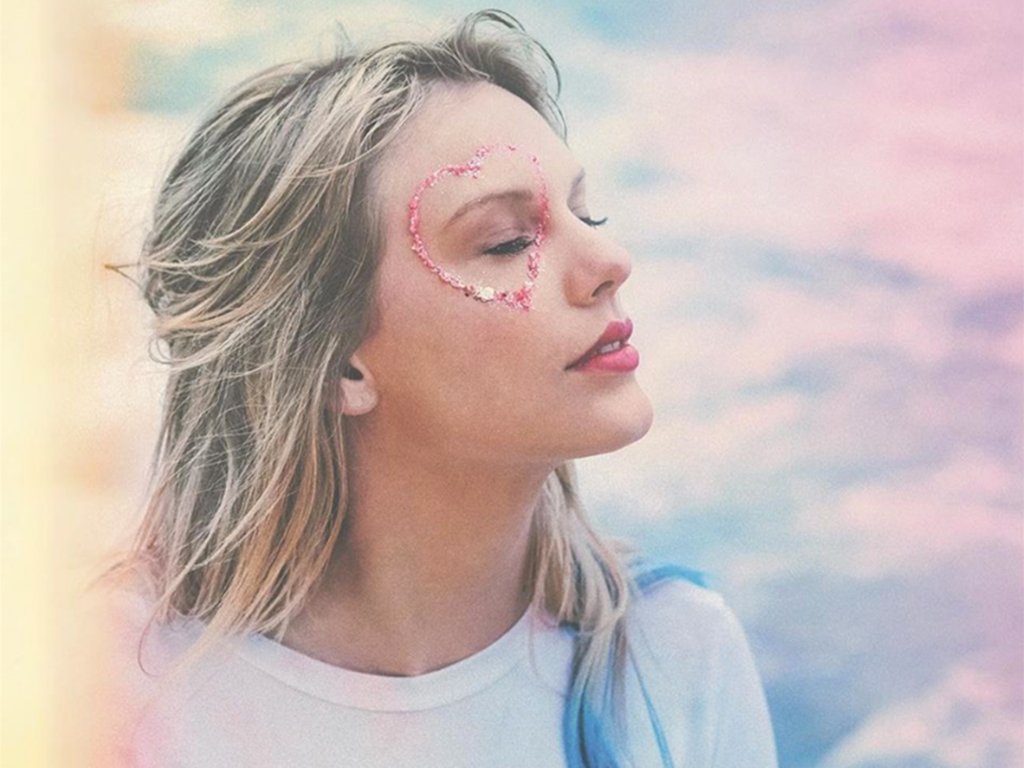 Today, I’m talking about Lover, Taylor Swift’s 7th studio album and the last one of her albums for me to review!

Lover was released on August 23, 2019, a major shift from her previous album, reputation. Where rep was quite dark and edgy with its production, Lover signalled a change in Swift with more light and almost bubble-gum-esque production. The album consists of songs about the different sides of love, from heartbreak to true love, as well as some more politically charged songs, a first for Swift. Interestingly, she conceived the idea for Lover whilst on the reputation Stadium Tour, channelling the positive energy given by her fans to dig her out of the previous dark era. Because of this, many critics saw this as a return to form for Swift, a return to her more personal song writing and musical roots.

I remember hearing the first single to this album, “Me!”, when it was released and immediately I thought “she’s back!”. Although “Me!” is a cheesy bubble-gum pop song that fans are very mixed over, I liked this change in style for Swift. I mentioned in my reputation review that I really disliked the darker themes and production of that album, so to see her move to a more positive tone was nice. I also enjoyed the other singles: “You Need to Calm Down” which is a more politically charged song telling people to stop bullying online; “Lover”, a beautiful country-style ballad when Swift dedicates herself to her ‘lover’; and “The Archer”, a synth-heavy ballad reminiscent of 1989 where Swift sings about how her relationships often end.

This album really did feel like a comeback to me (of course until folklore which is her true comeback I think!). The lyrical content is top-notch as always, the melodies are catchy and fun and the production is much better than the previous album.

I did feel though that sometimes that some of the songs were a bit over-produced for my liking. Swift’s voice often has effects on it which is unnecessary and takes away from how personal some of the songs are. Another gripe is that several of the songs actually sound better acoustic than they do on the album. For example, “Death By A Thousand Cuts”, one of my favourites on the album, has some of the weirdest production ever and it’s just really confusing. Why they decided to put a random twinkling piano part I will never understand. I actually didn’t love this song until I heard Swift sing it acoustically at her Tiny Desk Concert. I just feel that some of the songs could have had better and maybe more simple production. Then again, this might take away from the overall happy theme of the album. So maybe my criticism isn’t valid. I don’t know.

Overall though, I really enjoyed listening to this album. I think it has some solid tracks, great song writing and solid production. Here are some of my favourites from the album:

This song is so fun! “Paper Rings” sounds like a punk-rock song from the early 2000s, and it works so well.  Lyrically the song is about Swift committing to a relationship, declaring she would marry her lover with rings made of paper. I adore the musical style of this song. It really reminds me of “Holy Ground” from RED which is one of my favourite songs of all time. There is heavy guitar, background shouts and muffled vocals that create a punk-esque rock song. This song proves, again, that Swift would make a fantastic rock album (still holding out hope for one day!). Such a fun song, have a listen and I’m sure it will make your day!

This is another song that I didn’t really like until hearing Swift sing it acoustically. One of three solo-written tracks on the album, “Cornelia Street” is about Swift’s fears that her relationship may not survive, told through a narrative based on a street where she once rented a house. The song is based around a ‘flute-like’ keyboard line and a synth line. I feel that the style of production does not allow for the emotion in Swift’s voice to come through nicely like it does in the acoustic version. That being said, this is still a great song, with some great storytelling and lyricism from Swift. Also the chorus is damn catchy and is definitely belt-worthy!

Here is the acoustic version from Swift’s City of Lover concert in Paris (read my review of this concert here). Have a listen, and see which version you like the best.

3. Death by a Thousand Cuts

I already talked about this song above, but I had to include it here as it is one of my favourites from the album. “DBATC” is interestingly based on a Netflix rom-com called Someone Great, which was actually inspired by the song “Clean” from Swift’s 1989. Interesting. Anyway, this song lyrically is your typical T Swift breakup song, where she reminisces about a great, lost love. The best part of this song, by far, is the ‘bridge’ section. Both lyrically and musically it is PERFECTION! Swift aggressively sings brilliant lines like “Our songs, our films, united, we stand; Our country, guess it was a lawless land”. Actually, the lyrics in this song really shine, they are super heartbreaking and it proves once again that Swift can still write a great breakup song (even though she’s been in a happy relationship for almost 4 years now). Check out both the studio version and the Tiny Desk version to see what I mean with the production. It’s just…strange.

The title track, “Lover” is a beautiful confessional love ballad. What shocked me about this song when I first heard it was how country it sounded. The piano, guitar, the strong bass drum. This song sounds very old-school and I love it! The lyrics are also beautiful, with some illusions to marriage vows (“Ladies and gentlemen, will you please stand?; With every guitar string scar on my hand; I take this magnetic force of a man to be my lover”) which got everyone thinking that she had secretly married boyfriend Joe Alwyn (this is still not confirmed so, who knows?). I realise now that this song really reminds me of “Ours” from Speak Now, another cute love song about completely dedicating yourself to your lover. Overall, a great song that was a really good choice for the title track.

This song has some great lyrical themes and that’s why I really like it. “Daylight”, the final track of Lover, is a ballad in which Swift talks about her past and where she wants to head in the future. Musically, it builds from a slow, sparse beginning to a fuller chorus and bridge section. One of my favourite lines in this song is “I once believed love would be burnin’ red, but it’s golden”, a reference to 2012’s “Red”. I think this song, and especially this line, truly shows how much T Swift has grown both as a person and as a musician, from 16 year old country sweetheart, to twenty-something pop-star, to a mature, 30 year old who has transcended both genres. A great song, again its worth listening to the acoustic version for a more heartfelt and emotional performance.

Well, that was my breakdown and review of Lover. Overall it’s a really solid album, with mostly great songs and solid production. I didn’t even get into the tear jerkers like “Soon You’ll Get Better” or the pop anthems like “Cruel Summer”! However, I do think that overall 1989 is a better show of Swift’s pop music, but Lover is definitely my second-favourite of her fully pop albums. As I said before, a lot of the songs on Lover work better acoustic, so I’m glad that after this she made folklore, a more acoustic album that is brilliant. I think Lover was the album T Swift needed to make, to start her powerful comeback as a mainstream pop icon, and to win back some of her fans (like myself) that felt pushed away by reputation. And it definitely is a great comeback album.

What do you think of Lover? Let me know below, I’d love to hear your thoughts on this album!

Tomorrow, I’ll be posting my final rankings for all T Swift’s albums, so until then happy listening gypsies,