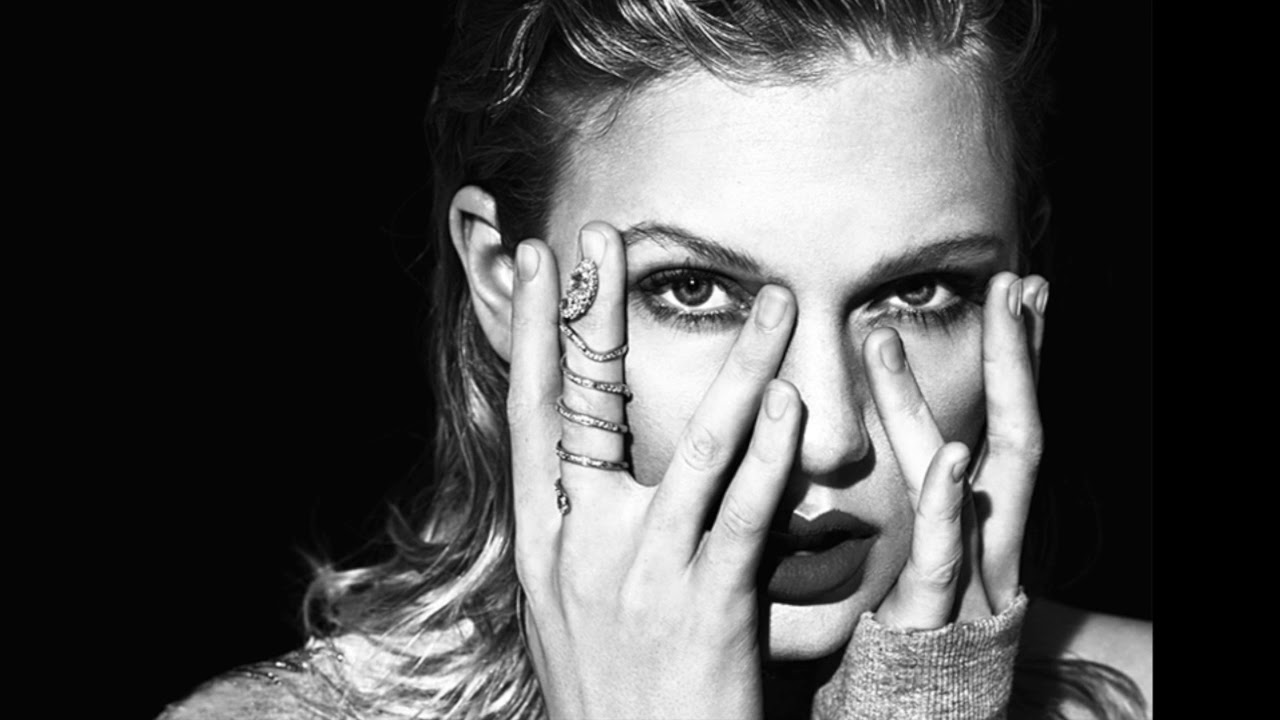 Today I will be looking at Taylor Swift’s 6th album, reputation. (To see my reviews on her fourth and fifth albums, RED and 1989, click here and here!)

reputation was released on November 10, 2017, as the follow up to her massively successful fifth album, 1989. Unlike 1989, reputation is a dark and edgy album, with an Electronic-Dance-based sound. The song topics in the album range from spitting back at the media and Kanye West to the beginnings of Swift’s relationship with Joe Alwyn, who is today still her boyfriend. The album had mostly positive reviews from critics, and went to number one in several countries. It is considered by many fans as the greatest album she has ever made.

Well, I’ll be honest. I have to strongly disagree.

I really tried hard to like this album. Hearing the fans rave about how good it is made me really want to give it a chance and enjoy it. But I just didn’t. I’m sorry all you hardcore Swifties (please don’t come for me).

One of my biggest issues with this album has always been the production style. I loved the 1980s/modern synth pop vibe of 1989, and while there are shades of that style here, it is mostly replaced with dark, fully electronic production. Every song, even the ones that are supposed to be heartfelt and happy, feel dark and dismal. This edgy style does not fit Swift’s song writing. Songs like “Call It What You Want” and “Delicate”, which are songs about her and her love Joe Alwyn, feel way too dark and edgy here, when they should have some essence of brightness in their production to match the lyrical content. This is what turned me away from this album in the first place. I do not like electronic music and I do not like dark music. I also felt that this was a weird move for Swift who has always been known for her catchy and upbeat pop songs.

I was thinking a lot about the differences between the music of this album and 1989 when I realised what the main problem is with this album. T Swift forgot how to write melodies! Now, hear me out. Many of the songs on reputation do have catchy chorus lines, like “Dress” and “This is Why We Can’t Have Nice Things”. However, that is only one part of the overall melody of the song. When you get to the verses, they mostly consist of Swift ‘talk-singing’ in repetitive and uninteresting rhythms. This is completely BORING, and honestly ruins the bulk of the songs in this album as I feel they could have been really good if they had decent melodies in the verse sections. It also disappoints me as I know that Swift can do much better by herself, let alone with several people assisting her in writing the songs as she had whilst making reputation (not one of the songs on this album is self-written). And she proved after this that she can she can still write great melodies in Lover and Folklore, so I don’t know what happened here.

I think to understand why I don’t like this album and my points above you just need to listen to the lead single off the album, “Look What You Made Me Do”. It begins with Swift, in almost a monotone voice, telling the media (I guess?) how much she doesn’t like them. The pre-chorus has a very catchy and upbeat melody, and the first time I heard it I was excited for the chorus. Maybe they’ll be a great 1989 style melody and vibe here! But then the chorus happens, and oh my god, it’s one of the worst choruses I’ve ever heard in my life! Swift plainly raps “look what you made me do, look what you made me do” whilst a simple beat plays underneath. It’s even more shocking when you find out that that chorus line is taken from Right Said Fred’s “I’m Too Sexy”. Yes, T Swift couldn’t write a proper chorus melody so she stole from I’M TOO SEXY. Overall, this song is a poor effort, that does not show any of the creativity, cleverness and catchiness of Swift and her iconic song writing that she has shown in every other one of her albums and works. Super disappointing, and by far her worst song (if anyone has a different pick for her worst song I’ll be interested to know).

Aside all this, I don’t completely hate this album. There are some good songs on this album, however they are few and far between. So, for this review, because it is a negative one, I’m going to detail a few songs I like, and a few songs I don’t like. I’m also going to have a list of ‘potential jams’, songs that I feel could have been great but were just lacking in melody, production and lyrics.

First of all, here are the songs I do like:

By far the best song on the album. “Getaway Car” is the closest you are going to get to something even remotely sounding like 1989. It has a very catchy and fun chorus, the verses are relatively catchy and I adore the bridge section! It’s also one of the brightest songs in the whole album, which is extremely refreshing when listening to the rest of the album. Lyrically, Swift describes an ill-fated relationship as a metaphorical heist, using crime scene escape imagery. This song is just fun to listen to and sing along to. How this wasn’t a single and “Look What You Made Me Do” was I will never understand. If you want to listen to a good song from reputation, this is the one you want.

“New Year’s Day” is the fifteenth and final track of reputation, and its production is drastically different from the rest of the album. This song is an acoustic piano ballad where Swift sends the message that having someone who stays and looks after you the day after New Year’s Eve is worth more than a simple New Year’s kiss. This song genuinely has a really catchy and pretty melodic hook. The lyric “Hold on to the memories they will hold on to you” speaks to me on a spiritual level. It almost gives me the same nostalgic feeling as “Long Live” on Speak Now, saying don’t forget me, don’t forget the memories we made together. It makes so much sense that Swift combined these songs together on the reputation tour. I just really like this song.  It’s pretty, emotional, the production is nice and the lyrics are lovely. The first precursor to folklore?

Here are the songs that I really disliked from reputation.

I already mentioned this song earlier in the post, but it needs to be put at the top of my disliked songs list. It’s just bad, take a listen and I’m sure you’ll understand what I mean.

I actually had high hopes for “End Game”, purely because it was a song that Swift wrote and performed with Ed Sheeran. I adore Ed and I’ve loved the songs they’ve done together in the past. However, this song is nothing like “Everything Has Changed” from Red. First of all, rapping in a Taylor Swift song? Why?! Basically, as well as collaborating with Ed, Swift also collaborated with the rapper Future. It’s such a weird direction for her to go in and it doesn’t work in her favour at all. The core chorus melody isn’t bad, but again the song feels so dark, edgy and plain that it’s just kind of boring. Lyrically, “End Game” is about wanting to be a guy’s ‘end game’ or the one he is aiming for. I think the reason why I dislike this song so much is that I expected so much more from Swift and Sheeran. They have done such great stuff in the past, in their own careers and together. Overall, just a weak, bland song with unnecessary rapping and poor production.

2. Call It What You Want = production way too dark for this song. Check out the acoustic version, it is much better!

3. This is Why We Can’t Have Nice Things = again, great chorus but no real melody in the verses.

4. Delicate = production is too dark, and the melody itself throughout the song is a bit boring.

5. Gorgeous = I like the brightness in the production and the chorus melody but the verses are lacking in melodic content.

Well, that was my breakdown of reputation, Taylor Swift’s worst and weakest album (in my opinion of course). The dark and edgy style of music does not fit her at all and most of the songs just fall flat, with dull production and weak and boring melodies. While I can appreciate what this particular album and era did for Swift personally (made her more independent, healthy and happy), it still is not a good album and a poor effort from the Queen.

I just want to say, before closing, that I love Taylor Swift and I mean no hate towards her personally. I just happened to dislike reputation, but I love all her other work and her as a person.

I would love to hear your thoughts on reputation. I feel like it is such a divided topic amongst the fan base whether this album is good so I’d love to see some discussion on it in the comments below. (Also, Swifties who love reputation, please don’t kill me!)

Next up, the final T Swift album I have to review, Lover. Is it better than reputation? Well, you’ll find out in my post, coming very soon!