Reviewing the Singles I Have Missed 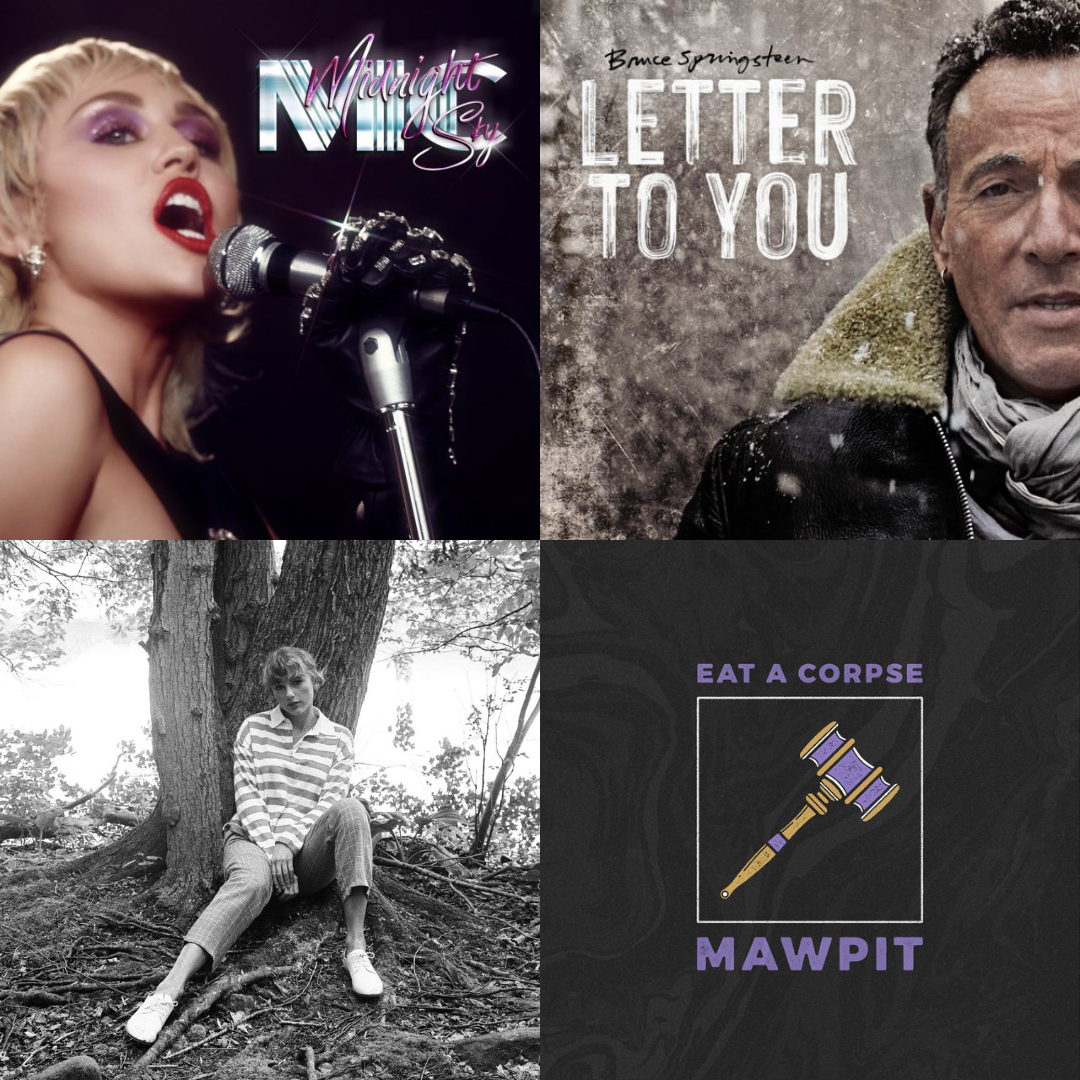 As you may know or have noticed, I took a long break from this blog during August, due to my health. Because of this, I seem to have missed some of the new singles that have been released by some of my favourite artists. Of course, I had to pick the worst time to be sick! So, today, I thought I would talk about these singles that I have missed, giving a brief overview and review of each one.

I was a massive fan of Miley Cyrus as a child and since she released Younger Now in 2017, I have been quietly following her music again. “Midnight Sky” follows the single “Slide Away”, also released this year, however this song has a completely different vibe to it. This song is an 1980s style pop or disco song, similar to the style of Dua Lipa’s album Future Nostalgia. The song is filled with synths, electronic drums and bass lines. I think that Miley sounds great here, this style seems to really suit her voice. The lower melody allows for stronger vocals from her and I really like that. Lyrically, Cyrus talks about being independent and taking “back her narrative”, presumably after her divorce from Liam Hemsworth. With lyrics like “I don’t need to be loved by you” and “it’s been a long time since I felt this good on my own”, the song is truly a song of confidence and independence after a relationship. I actually really like this song and am excited to see what Miley has in store with her seventh studio album, She Is Miley Cyrus. Definitely worth a listen.

I really liked what I heard from Mawpit in their debut single, “Nature’s Curse” (read review here), so I really wanted to talk about their latest single “Eat a Corpse” or “EAC”. Similarly to “Nature’s Curse”, “EAC” is a heavy rock song, with elements of punk and alternative. The song is characterised by heavy guitar and drum lines, aggressive vocals and angry lyrics. Lyrically, the song is about the ignorance of humans and their destroying of animals and the Earth. This message is described through satire, with lyrics such as “Bite on death, fill your soul with dust”. I like the rockiness of this song, and really enjoy the guitar line after the second chorus. The abruptness of the ending did scare me a bit when listening, but other than that I like the production and musical elements. Whilst I do like the song, I feel that Mawpit’s musical message and style comes through better in “Nature’s Curse”. It is still definitely worth a listen though and it is exciting to see Mawpit’s sound grow through their new releases. Please listen to the song and support this up and coming band!

“The Lakes” is the bonus track from the deluxe versions of folklore, Taylor Swift’s incredible eighth album (read my review of folklore here!). I originally thought I was going to have to wait for my vinyl copy to come before I could listen to this track, but luckily T Swift gave it to us early! The song begins with an orchestral sound, with acoustic guitar slowly woven in. This sound continues throughout the song and I really like it, it fits well with both the melody and lyrics. Swift sings about how she is tired of her world and just wants to run away to “the lakes” with her “muse”, presumably her boyfriend of four years Joe Alwyn. One thing that strikes me with the lyrics (and I think probably everyone who has listened to this song) is the big words that are used. Words like “elegies eulogize me” and “calamitous love” are littered throughout the song, which leads me to believe that Swift really used her thesaurus when writing the lyrics here! Although I think it’s nice for her to use words like this, purely so that many young fans can expand their vocabulary, some of these feel a bit unnecessary and it’s almost like she did this just to show that she is smart or something. One of the things I always enjoy about T Swift’s music is that the lyrics are relatively simple, so that you instantly connect and understand what she is singing about. This is something that I do in my own song writing because of this. The lyrics are beautiful though, so I’ll give it a pass this time! The song ends with a lovely fadeout of the orchestral instruments, which makes me so happy. Overall, a lovely and pretty song that is a perfect closer to folklore.

Letter to You – Bruce Springsteen

Seriously, I feel like every artist I love has or is releasing a new album this year! Bruce Springsteen, probably my favourite musician of all time, announced his new album, Letter to You, and released a single of the same name to promote the album. “Letter to You” is a classic Bruce Springsteen song; it’s got a guitar and piano base, it’s rocky and uses the strengths of the E Street Band. Lyrically, Springsteen sings about “writing a letter in ink and blood”. I interpret as a song to and for his fans, saying that he has tried to show us his hopes, doubts and fears in his music, his “letter” to us. It’s an interesting concept for the song and the lyrics are nice. However, “Letter to You” just feels a bit plain to me. It’s not a bad song, it’s just okay. Musically I expected something better from Springsteen here. It’s still good and worth a listen, but not the best song he’s written or released in the last few years.

This song should have been the lead single for “Letter to You” instead of the title track. It’s actually incredible and I can’t stop listening to it! “Ghosts” is classic E Street Band, with catchy melodies and words and great instrumentals and solos. It is a ballad to the E Street members who have long gone, but are still in the hearts of fans and the band itself. It’s a lovely tribute to people like Clarence Clemons and Danny Federici who have passed on. But where this song is great is in its musical elements. Based around a brilliant guitar line, the melody is extremely catchy and fun to sing. The song reaches its peak at the end, where a “la la” line is sung by the entire band, eventually fading out to end the song. I literally had this part in my head for days after listening to the song as it is so good! This song just brings me joy. It makes me excited for if and when Bruce tours again and hearing it live. Just a great song that encapsulates everything I love about Bruce Springsteen and The E Street Band. Listen to this song, believe me it will improve your day!

So, that was some short, quick reviews of some of the singles that have been released lately. I can’t believe I missed some of these, and I’m glad I’ve finally reviewed them! Let me know if there is any other singles released this year that I should look at.

Also, let me know your thoughts on these five songs! Did you like them? Hate them? Let me know below.

Have a great start to your weekends gypsies,