The River: Springsteen’s First (and Only) Double Album (Springsteen #5) 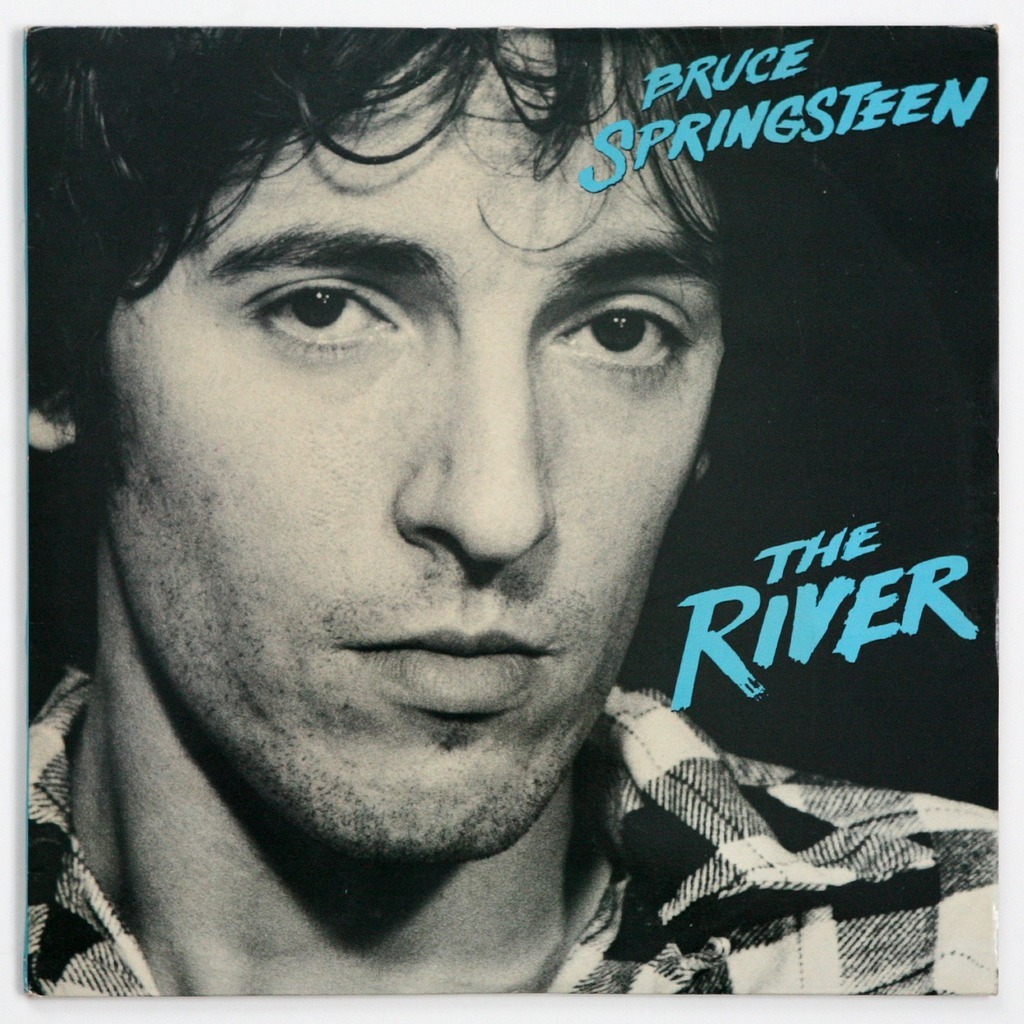 Released in 1980, The River is Springsteen’s first and only double album. Originally the album was a single record, called The Ties That Bind, but he felt that his message and themes were not successfully getting across with only twelve tracks. Thus, Springsteen added some more tracks and eventually, the twenty-track-long album was released. The River is famous mainly for its title track and the hit single “Hungry Heart”, one of Bruce’s most well-known songs.

Similarly to the previous album, Darkness on the Edge of Town, The River features tracks with dark themes. Springsteen himself has said that the album was “made during a recession—hard times in the States”, and that the album was in part made to encapsulate the feelings of Americans during this time. He deals with divorce, the deterioration of marriage, death, heartbreak, losing one’s job and many other dark and very real topics.

Weirdly, the musical content for a lot of these songs is quite bright and catchy. Take “Hungry Heart” for instance. I had always thought this song was supposed to be a happy song, with the chorus lyrics “Everybody’s got a hungry heart”. But a look further into the lyrics shows that this song is not happy at all. Springsteen begins the song with “Got a wife and kids in Baltimore, Jack/I went out for a ride and I never went back”, describing a father leaving his family, and goes on to describe a man who was in love but is now drunk in a bar. Happy stuff, huh? It’s this juxtaposition that makes this record quite interesting. This was intentional, as Springsteen describes in an interview: “Rock and roll has always been this joy, this certain happiness that is in its way the most beautiful thing in life. But rock is also about hardness and coldness and being alone … I finally got to the place where I realized life had paradoxes, a lot of them, and you’ve got to live with them”.

I like this album, but I feel like you’re always going to have issues with a twenty track record. While there are some great songs on this album, there is a lot of filler, tracks that are just forgettable and have better songs on the record that deal with the same themes. I almost feel like this album would have been better as a single record. That’s not to say this album or any of its tracks are bad. I did enjoy listening to this album and think that this album showcases some excellent song writing from Springsteen. So, here are my favourite songs from the album.

A fun song about the freedom you feel after finishing work. “Out in the Street” is one of the songs on The River about the need for community, as Springsteen sings “in the crowd I feel at home”. Lyrically, he sings to his girl, asking her to meet him out in the street, for a party and to be free. What I enjoy the most about this song is the upbeat musical nature of the song. You really do feel free when singing along to the euphoric chorus (“When I’m out in the street/I walk the way I want to walk/When I’m out in the street/I talk the way I want to talk”). Musically, the song features an echoing piano line, and also includes a saxophone solo. It’s just a very happy song about being free after work. This song is bound to make you be in a good mood after listening. Also, the live version, where Springsteen adds the “ohoh, ohoh, ohoh, yeah yeah yeah yeah yeah” line at the end of the song is awesome! Check it out.

2. The Ties That Bind

“The Ties That Bind” is the opening song to The River. Similarly to “Out in the Street”, this song shares the theme of the need for community. Springsteen sings to a hurt woman, asking her to not get rid of love but accept the ties of relationships. She may feel alone, but really she is not, because “you can’t break the ties that bind”. Musically, this song has an extremely catchy chorus, stretching the words “bind” and “break” (this is hard to describe, but if you listen to the song you’ll understand what I mean!). It is an upbeat song, a “pulsing rocker”, with guitars, piano and bass. Overall, this is just a fun song to listen to. The lyrics are excellent and the music is catchy and upbeat.

The title track is a quite solemn, depressing track. Springsteen wrote this song as a tribute to his sister Ginny and her husband, and the song basically tells the story of their early life together. It begins by describing “the valley” where they “bring you up to do, like your daddy done”. The narrator meets Mary, and they fall in love by “the river”. However, Mary gets pregnant, and the narrator is forced to get a job working construction but “lately there ain’t been much work, on account of the economy”. The song ends with the narrator reminiscing about when he was young and had dreams, even though “the river is dry”. Many authors site “the river’ as symbolism for dreams of the future. As such the song depicts the slow draining or loss of these dreams as life gets in the way. Musically, the song features Bruce on harmonica, and some acoustic guitar, reminiscent of traditional blues numbers. This whole song is a precursor to his next album, Nebraska, which is filled with tracks like this. “The River” is a pretty but heart breaking song about the realities of life. It’s an excellent example of Springsteen’s ability to write realistic songs about the sometimes sad aspects of life.

This is just a fun song about keeping the faith in love. Springsteen begins the song describing a woman who was “crying along the way” because she has had her heart broken. He then convinces her that “two hearts are better than one”, and that one day she’ll realise this. I really like the message of this song, that love will come eventually, you just have to keep the faith. This is another upbeat song (can you tell what kind of music I like?), fast paced and filled with catchy guitar riffs and heavy drums. An enjoyable listen.

So, that was The River. I have to say, I really like the idea of upbeat, happy songs mixed with sad songs about the realities of life. This use of juxtaposition was a smart move from Springsteen. I think this album is the best so far with its dark and realistic songs about everyday Americans. Springsteen is able to fully capture the thoughts and feelings of ordinary people and what they are going through. And that is really special. Musically, as always, this album is top notch, and the lyrics are some of the best. As I said above, my only issue with this album is its length and amount of songs. But overall, The River is a solid album, that effectively describes the everyday human experience in perfect poetry and harmony.

What do you think of The River? Let me know your thoughts below!